Nicholas Kristof and Sheryl WuDunn at The Progressive Forum January 16 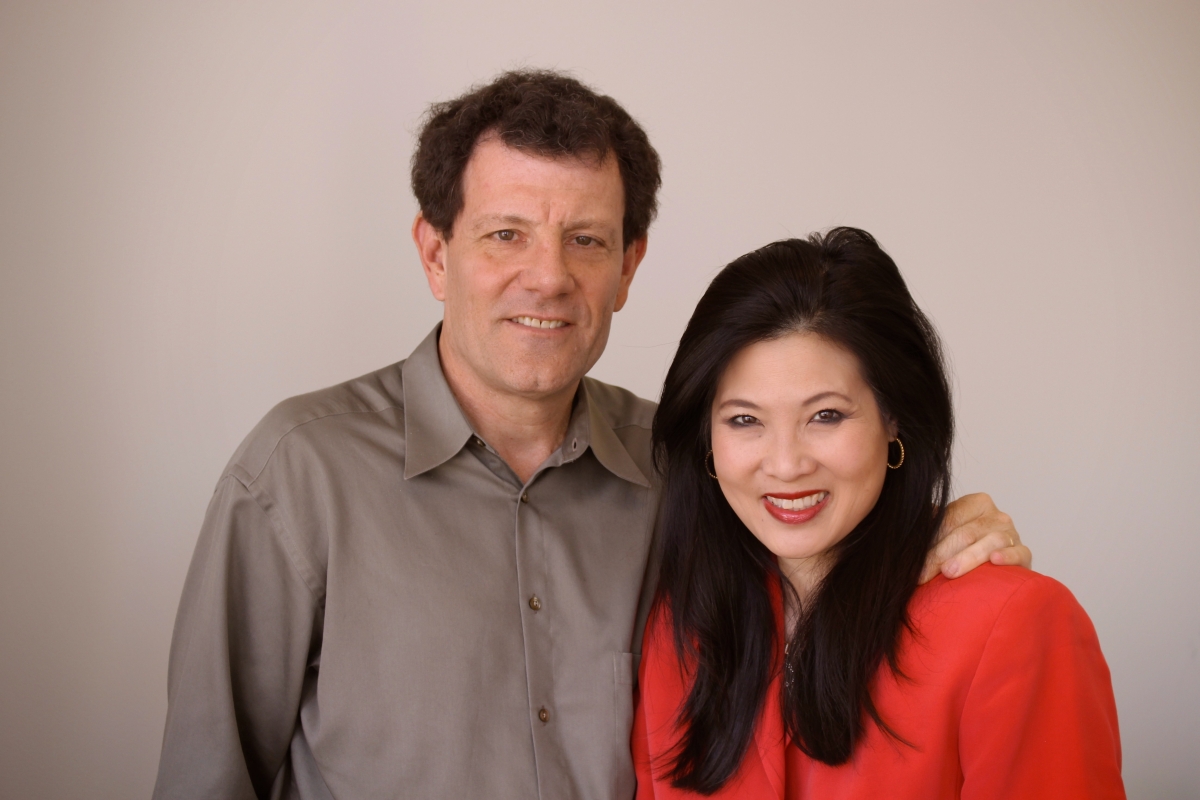 Popular New York Times columnist Nicholas Kristof and his spouse, Sheryl WuDunn, will discuss their new book, Tightrope: Americans Reaching for Hope. They are the only married couple to share a Pulitzer Prize.

The event is in Houston on Thursday, January 16, at 7:30 p.m. at Congregation Emanu El, 1500 Sunset Blvd. Tickets are available online at ProgressiveForumHouston.org, and at 800-514-3849 Monday through Saturday from 8 a.m. to 7 p.m. and Sunday 11 a.m. to 7 p.m. They will also be available at the door on event night. General admission tickets are $45 and $70 for side and middle sections, respectively. Tickets for reserved seats and speaker reception are $150. All ticket buyers attending will receive a free copy of Tightrope, a retail value of $28.

Tightrope is a deeply personal plea, told through the lives of real Americans, to address the working-class crisis and mend a half century of governmental failure. While the book ranges from the Dakotas to Oklahoma to New York, it features Kristof’s friends in rural Yamhill, Oregon, where he grew up, a formerly prosperous area devastated by the disappearance of blue-collar jobs. A quarter of the children on Kristof’s school bus died in adulthood from drugs, alcohol, suicide, or reckless accidents.

In 1990, Kristof and DuWunn became the first married couple to win a Pulitzer Prize for their coverage of China’s pro-democracy movement and Tiananment Square protests. Kristof won a second Pulitzer Prize in 2006 for his columns on the conflict and genocide in Darfur, Sudan.

Kristof previously served as a correspondent in Los Angeles, Hong Kong, Beijing, and Tokyo, as well as editor of the Times Sunday edition. He is a regular commentator on CNN and a pioneer using online media, with about 3 million followers on social media. On a Rhodes Scholarship, he earned a law degree at Oxford University with first-class honors after graduating Phi Beta Kappa from Harvard College.

WuDunn also served as a foreign correspondent for the Times in Beijing and Tokyo. She is currently a senior managing director at Mid-Market Securities, a boutique investment banking firm in New York. She has served as a commentator on China and global affairs on Bloomberg TV, NPR, The Colbert Report, and Charlie Rose. She has lectured at the International Monetary Fund, the World Bank, and the Council on Foreign Relations, as well as Yale’s Jackson Institute for Global Affairs. She is a graduate of Cornell University, Harvard Business School, and Princeton’s Woodrow Wilson School of Public and International Affairs. Newsweek named her to their list of “150 Women Who Shake the World.”