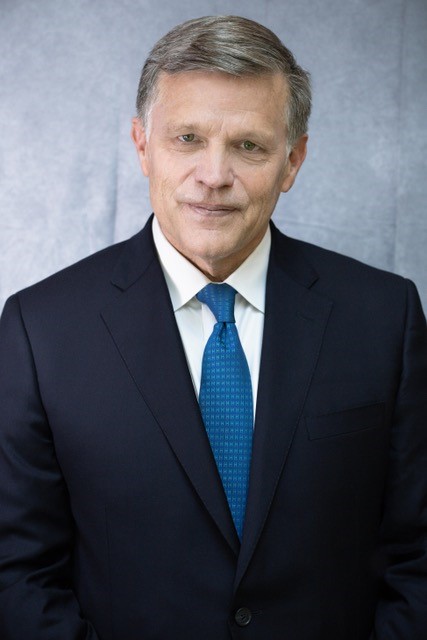 The event is sponsored by Mike Blocher.

“Brinkley helps us understand the ‘Long Sixties’ (1960-1973) environmental awaking as one of history’s most important turning points when humanity saved the natural world after a long period of destructive industrialization,” said Progressive Forum founder Randall Morton. “His stories of environmental leaders and activists remind us of the power of passionate grassroots work we need today as we face the crises of climate change and the destruction of biodiversity.”

Douglas Brinkley is the Katherine Tsanoff Brown Chair in Humanities and professor of history at Rice University. He’s CNN presidential historian and contributing editor at Vanity Fair. Several of his books became New York Times bestsellers, such as Cronkite; Rightful Heritage: Franklin D. Roosevelt and the Land of America; The Reagan Diaries; The Great Deluge: Hurricane Katrina, New Orleans, and the Mississippi Gulf Coast; and Wilderness Warrior: Theodore Roosevelt and the Crusade for America. Over the course of his conservation career, he has held board or advisory roles with the American Museum of Natural History, Yellowstone Park Foundation, National Audubon Society, and the Rockefeller-Roosevelt Conservation Roundtable. He has also taught at the U.S. Naval Academy, Princeton, Hofstra, the University of New Orleans, and Tulane. He earned his bachelor’s degree from Ohio State, and a master’s and PhD from Georgetown University. He is a member of the Council of Foreign Relations, Century Association, Society of American Historians, and the James Madison Council at the library of Congress. He lives in Austin, Texas, with his wife and three children. 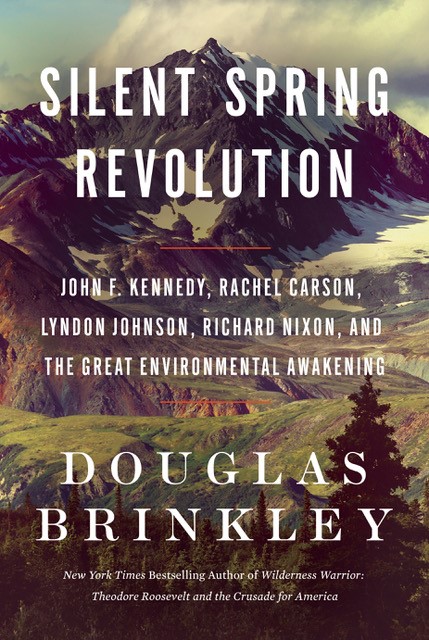 Silent Spring Revolution chronicles the rise of environmental activism during the “Long Sixties” (1960-1973), telling a highly charged story of an indomitable generation that quite literally saved the natural world under the leadership of John F. Kennedy, Lyndon Johnson, and Richard Nixon.

With the detonation of an atomic bomb in the New Mexico desert in 1945, humans took control of the earth for the first time. They were dominators, and their hubris pervaded the post-World War II economic boom under presidents Truman and Eisenhower, as America became the world’s leading hyper-industrial and military giant. But the Cold War era’s prosperity came at a high cost: Oceans began to die, wilderness vanished, DDT poisoned ecosystems, species went extinct, and smog made breathing difficult in cities. Very few people cared, in part because pollution was typically diverted to the poorest neighborhoods.

In Silent Spring Revolution, Brinkley pays tribute to those who combated the mauling of the natural world in the Kennedy era, a group of environmental activists consisting of David Brower (Sierra Club), Stewart Udall (Secretary of the Interior), William O. Douglas (Supreme Court Justice) and others who fought for roadless public lands, wilderness preserves, and new national parks. By the 1960s, though, the problem of environmental degradation had grown much bigger. Environmental justice warriors like Barry Commoner, Coretta Scott King, Ralph Nader, Cesar Chavez, and Robert F. Kennedy, who insisted on the protection of the earth and public health, pushed John F. Kennedy to use the federal government to punish chemical polluters, save seashore habitats, and regulate the use of toxic pesticides.

JFK had been jolted by Rachel Carson’s book Silent Spring, published in 1962. Depicting the deathblow that could be dealt by artificial chemicals, specifically DDT, the book launched an eco-revolution among the American people, which went on to inspire landmark legislation during Lyndon Johnson’s and Richard Nixon’s presidencies. Brinkley records these milestones of the modern environmental movement through the first Earth Day in 1970, after which every American life would forever be touched by the environmental movement of the Long Sixties.

Silent Spring Revolution is crucial to understanding the battle to protect America’s land, water, wildlife, and air. In a fast-evolving era when the nation is witnessing new types of environmental crises due to climate change and resource exhaustion, Brinkley’s meticulously researched and deftly written book is also a clarion call, reminding us of the passionate grassroots work that still needs to be done as the spirit of the Silent Spring Revolution continues well into the 21st century.