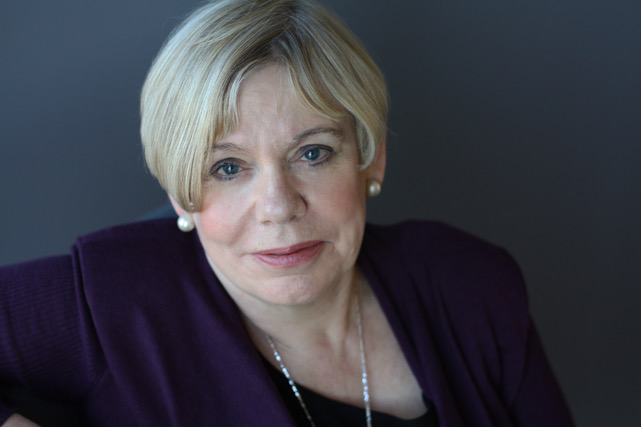 Acclaimed religious historian Karen Armstrong is returning to The Progressive Forum for the American launch event of her upcoming book, Sacred Nature: Restoring Our Ancient Bond with the Natural World, on Monday, September 12, at 7:30 p.m. CT.

Paid ticket holders at the event will receive a free copy of her book, a retail value of $28. The book partner is Blue Willow Bookshop.

“From the world of faith, Karen Armstrong provides historic, grounded, and sensible perspectives,” said Progressive Forum founder Randall Morton. “Her latest work is a profound exploration of the spiritual power of nature, an urgent call to reclaim that power in everyday life.”

The event is sponsored by Ann Hamilton, who served 18 years as senior grant officer of Houston Endowment. She’s on the board of The Aransas Project, Bayou City Initiative, and The Progressive Forum, and serves as director emeritus of the International Crane Foundation and The Philosophical Society of Texas.

Karen Armstrong is a best-selling author making her third appearance at The Progressive Forum. Among her many books, celebrated works include The History of God, The Case for God, and her memoir, The Spiral Staircase. Her work has been translated into 45 languages. In 2008, she was awarded the TED Prize, and worked with TED to create the Charter for Compassion, an online educational resource crafted by leading thinkers in Judaism, Islam, Hinduism, Buddhism, and Confucianism. After the attacks on September 11, 2002, Armstrong became a widely sought-after authority on Islam and fundamentalism. She has addressed the U.S. Congress, participated in the World Economic Forum at Davos, and spoken at the United Nations. She is a United Nations ambassador for the Alliance of Civilizations and lives in London.

Since the beginning of time, humankind has looked upon nature and seen the divine. In the writings of the great thinkers across religions, the natural world inspires everything from fear, to awe, to tranquil contemplation; God, or however one defined the sublime, was present in everything. Yet today, even as we admire a tree or take in a striking landscape, we rarely see nature as sacred.

This deeply powerful book from this best-selling historian re-sacralizes nature for modern times. Drawing on her vast knowledge of the world’s religious traditions, Armstrong vividly describes nature’s central place in spirituality across the centuries. In bringing this age-old wisdom to life, Armstrong shows modern readers how to rediscover nature’s potency and form a connection to something greater than ourselves.