The ACLU of Texas is the event sponsor and promotional partner.

All attendees will receive a copy of The 1619 Project, a retail value of $38. Kindred Stories is the bookstore partner.

The event is in Houston at Congregation Emanu El, 1500 Sunset Blvd. Tickets are available online at ProgressiveForumHouston.org, and at 800-514-3849 Monday through Saturday from 8 a.m. to 7 p.m. and Sunday 11 a.m. to 7 p.m. EST. They will also be available at the door on event night. General admission tickets are $45 and $70 for side and middle sections, respectively. Tickets for reserved seats and patron reception are $150, which will include a complimentary dessert and coffee buffet and a cash bar. The speaker will not be available at the reception, but will greet fans and sign books following the program.

In 2021, Governor Abbott and Texas Legislators explicitly banned The 1619 Project from being taught in K-12 public schools.

“Whether you like the book or not, book banning by the state is un-American, and everyone should oppose it,” said Progressive Forum founder Randall Morton. “I’m excited to take a stand with our partners at the ACLU of Texas who lead the way in protecting civil rights and racial justice.”

Oni Blair, executive director of the ACLU of Texas, said, “Censorship of The 1619 Project and other books about the experiences of Black people, people of color, Jewish people, and queer people erases our histories, cultures, and identities. We are integral to the past, present, and future of Texas and the United States. As a Black woman, a parent of public school students, and the executive director of the ACLU of Texas, I am proud to partner with the Progressive Forum to welcome Nikole Hannah-Jones as she shares her groundbreaking work in The 1619 Project and reminds us of the importance of our first amendment rights. 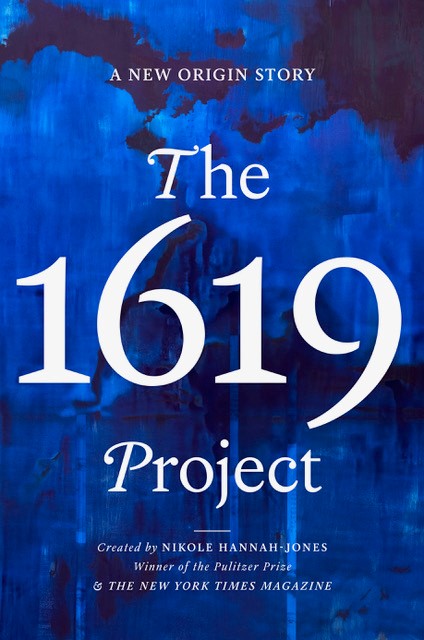 The program will feature Nikole Hannah-Jones co-interviewed by Randall Morton and Oni Blair. Hannah-Jones will sign books at the end of the evening.

Nikole Hannah-Jones is a journalist for The New York Times, covering racial injustice. She won the Pulitzer Prize in 2020 for her work creating The 1619 Project. In 2017, she received a MacArthur Foundation Fellowship, known as the genius grant, for her work on educational inequality. In 2021, Time magazine named her among the world’s 100 most influential people. She has won a Peabody Award, two George Polk Awards, three National Magazine Awards, and the 2018 John Chancellor Award for Excellence in Journalism. In 2016, she co-founded the Ida B. Wells Society for Investigative Reporting, a training and mentorship organization geared toward increasing the number of investigative reporters of color. Hannah-Jones is the Knight Chair in Race and Journalism at Howard University, where she founded the Center for Journalism and Democracy.

The 1619 Project originated as a special edition of The New York Times Magazine marking the 400-year anniversary of the arrival of a ship in the British colony of Virginia in August of 1619 bearing a cargo of 20 to 30 enslaved people from Africa. The 1619 Project reframed our understanding of American history by placing slavery and its continuing legacy at the center of our national narrative. The 1619 Project is an ongoing initiative, now in a book that weaves together 19 essays that explore the legacy of slavery in present-day America, plus 36 poems and works of fiction, showing how the inheritance of 1619 reaches into every part of contemporary American society, from politics, music, diet, traffic, and citizenship, to capitalism, religion, and our democracy itself. It reveals long-glossed-over truths around our nation’s founding – and the way that legacy of slavery did not end with the emancipation but continues to shape modern American life.

About the ACLU of Texas

The American Civil Liberties of Texas is the leading civil rights organization in Texas. Since its formation in 1938, it has worked in the courts, the legislature, and through public education to protect civil rights and individual liberty. The ACLU of Texas fights for immigrants that have been unconstitutionally detained and discriminated against, for racial equality, LGBT equality, reproductive freedom, and more. Offices are located in Houston, the state headquarters, as well as Dallas, El Paso, Rio Grande Valley, and Austin.

For more background on the ALCU of Texas, go to ACLUTX.org.