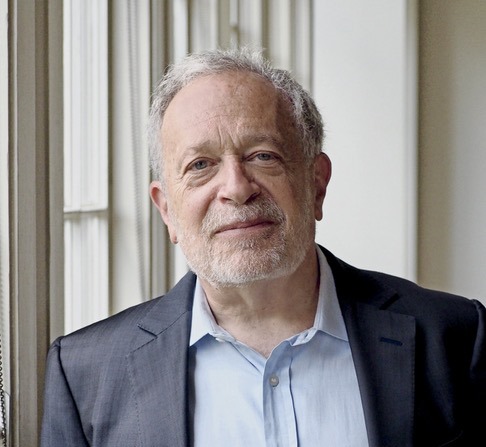 The 22nd U.S. Secretary of Labor and co-founder of Inequality Media, with nearly 4.5 million social media followers, Robert Reich will speak and sign books for his latest book, The System: Who Rigged It, How We Fix It, at The Progressive Forum in Houston on Monday, April 6.

With characteristic clarity and passion that has made him a leading progressive voice with millions of social media followers, Reich will discuss how wealth and power have interacted to install an elite oligarchy, eviscerate the U.S. middle class, and undermine our democracy. He will expose the myths propagated to distract most Americans from the accumulation of extraordinary power over the system to uphold self-serving policies that line the pockets of system so that we might instill fundamental change and demand that democracy work for the majority once again.”

The event is in Houston on Monday, April 6, at 7:30 p.m. at Congregation Emanu El, 1500 Sunset Blvd. Tickets are available online at ProgressiveForumHouston.org, and at 800-514-3849 Monday through Saturday from 8 a.m. to 7 p.m. and Sunday 11 a.m. to 7 p.m. They will also be available at the door on event night, pending an expected sellout. General admission tickets are $45 and $70 for side and middle sections, respectively. Tickets for reserved seats and speaker reception are $150.

All ticket buyers attending will receive a free copy of The System, a retail value of $24.

“This spring, I’m excited The Progressive Forum is able to focus on the keynote issue of extreme inequality during this presidential election year,” said Randall Morton, Progressive Forum founder and president. “This timely talk with Robert Reich follows our event with New York Times columnist Nicholas Kristof and his spouse, Sheryl WuDunn, with another take on the critical theme.”

Reich is the Chancellor’s Professor of Public Policy at the University of California, Berkeley. He has served four presidents, including Gerald Ford, Jimmy Carter, and Bill Clinton, under whom he was Secretary of Labor. For President Obama, he served as a member of the economic transition advisory board. Time magazine named him among the 10 Best Cabinet Members of the Century. The Wall Street Journal placed him sixth on its list of Most Influential Business Thinkers. His social media videos routinely get hundreds of thousands of views. He has written 15 books, including The Work of Nations, which has been translated into 22 languages. His articles regularly appear in The New Yorker, The Atlantic, The New York Times, The Washington Post, and The Wall Street Journal, and he’s a regular commentator on CNN, MSNBC, and NPR.  He co-created the award-winning films Inequality for All and the Netflix original Saving Capitalism, both of which are streaming now. He blogs at robertreich.org.

Reich earned a bachelor’s degree from Dartmouth College, graduating summa cum laude and winning a Rhodes Scholarship, where he studied philosophy, politics, and economics at Oxford. He earned a J.D. from Yale Law School, where he was editor of the Yale Law Journal. He taught at the John F. Kennedy School of Government at Harvard University, and before his current stint at the University of California, was a professor at Brandeis University, where he was elected Professor of the Year. In 2014, he co-founded Inequality Media, which produces digital media and online videos laying the conceptual “foundations of a new progressivism.” Inequality Media videos have been viewed more than 440 million times, with nearly 4.5 million social media followers across Facebook, Twitter, and YouTube.

As Secretary of Labor, he implemented the Family and Medical Leave Act, led a national fight against sweat shops in America and illegal labor around the world. He headed the administration’s successful effort to raise the minimum wage and secure worker pensions.

In 2002, he ran for governor of Massachusetts and was the first Democratic candidate for a major office to support same-sex marriage. Although his campaign had little funding and staff support, he came in a close second out of six candidates in the Democratic primary, with 25% of the vote.