Jared Diamond at The Progressive Forum May 12 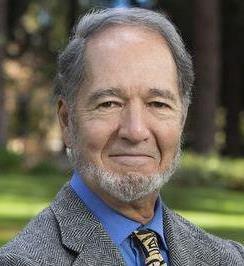 One of the deepest thinkers of our time, Pulitzer Prize winner Jared Diamond returns to The Progressive Forum on Sunday, May 12, at 7:30 p.m. at Congregation Emanu El. Diamond will discuss his upcoming book, Upheaval: Turning Points for Nations in Crisis.

In his earlier monumental bestsellers, Guns, Germs, and Steel and Collapse: How Societies Choose to Fail or Succeed, Diamond transformed our understanding of what makes civilizations rise and fall. Now in the final book of his epic trilogy, he reveals how successful nations recover from crisis, including answers for the United States and the world. The book features Diamond’s dazzling comparative approach, embracing psychology, history, geography, ecology, economics, and anthropology.

All ticket buyers attending will receive a free copy of Diamond’s hardback book, Upheaval, a retail value of $35.

“This book is timely and urgent, with answers on how both nations and individuals can become more resilient,” said Randall Morton, founder and president of The Progressive Forum. “Ranked ninth among the world’s top 100 public intellectuals in a 2005 poll by Foreign Policy and Prospect,  the return of Jared Diamond to The Progressive Forum represents the epitome of our motto, ‘Great Minds, Great Answers.’”

Diamond won the Pulitzer Prize for Guns, Germs, and Steel, which has sold more than 2 million copies. Among his many awards are a MacArthur “genius” fellowship, U.S. National Medal of Science, Japan’s Cosmos Prize, the Tyler Prize for Environmental Achievement, and election to the U.S. National Academy of Science.

He has published more than 600 articles and several books, including The World Until Yesterday: What Can We Learn from Traditional Societies (2012); Why Is Sex Fun: The Evolution of Human Sexuality (1997); and The Third Chimpanzee: The Evolution and Future of the Human Animal (1991).  His books Guns, Germs, and Steel and Collapse were translated into dozens of languages and turned into landmark television documentaries produced by the National Geographic Society.

Jared Diamond earned a bachelor’s degree in anthropology and history from Harvard College and a doctorate in physiology and biophysics of membranes in the gall bladder from Trinity College, University of Cambridge. He is professor of geography at UCLA.

His last appearance at The Progressive Forum was February 24, 2006, for his book Collapse, launching the Forum’s first full season.