Acclaimed religion historian Karen Armstrong has spoken at The Progressive Forum on three occasions. The latest videos feature Armstrong on her book, Sacred Nature: Restoring Our Ancient Bond with the Natural World, at the American launch event September 12, 2022, at Congregation Emanu El, Houston, Texas. More videos feature Armstrong speaking about The Lost Art of Scripture: Rescuing the Sacred Texts on November 11, 2019, at Congregation Emanu El, Houston, Texas; and The Case for God on October 8, 2009, at the Wortham Center, Houston, Texas.

SHORT: The Rime of the Ancient Mariner as a reflection on our carelessness with nature. (6:22) 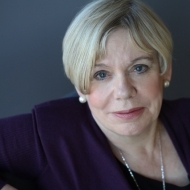 Karen Armstrong is the author of several bestsellers, including The Lost Art of Scripture: Rescuing the Sacred Texts and A History of God: The 4,000-Year Quest of Judaism, Christianity and Islam (1994) where she traces from their beginnings the evolution of the three major monotheistic traditions, as well as Hinduism and Buddhism. In The Case for God (2009), she moves from the Paleolithic to the present, detailing the great lengths to which humanity has gone to experience a sacred reality. Her work has been translated into 45 languages.Other titles include Muhammad: A Prophet for Our Time (2007); Buddha (2004); The Gospel According to Woman: Christianity’s Creation of the Sex War in the West (1991); The Great Transformation: The World in the Time of Buddha, Socrates, Confucius and Jeremiah (2005); and her memoir, The Spiral Staircase: My Climb Out of Darkness (2005). Since the attacks on September 11, 2001, Armstrong became a widely sought-after authority on Islam and fundamentalism. She has addressed members of the U.S. Congress, participated in the World Economic Forum at Davos, and spoken at the United Nations.In 2008, she was awarded the $100,000 TED Prize, and worked with TED to create the online Charter for Compassion to restore the Golden Rule as central to religious practice, crafted with leading thinkers in Judaism, Christianity, Islam, Hinduism, Buddhism, and Confucianism.  Armstrong spent seven years as a Roman Catholic nun in the 1960s, but left in 1969, saying she wanted nothing to do with the religion she writes about in Through the Narrow Gate: A Memoir of Spiritual Discovery(2005), and The Spiral Staircase: My Climb Out of Darkness (2005). She studied English literature at Oxford University, earning degrees of B.A. and M.Litt. She became a teacher, but after her 1984 “breakthrough experience” of writing and presenting a British television documentary on the life of St. Paul, she discovered how little she knew about religion and went on to devote her life to writing, lecturing, and broadcasting on religious affairs. She is an ambassador for the United Nations Alliance of Civilizations and lives in London.

Thanks to our sponsor, Ann Hamilton, for making our latest event possible.

Thanks to videographers: BEND Productions and Ruben Duran.

Thanks to Karen Armstrong for permission to post the video contents of all the events on this page. We welcome visitors to share this exciting educational material.